Check this out. How do the predicted climatic changes IPCC, for the next century compare in magnitude and rate to those that Earth has previously encountered? Are there comparable intervals of rapid rates of temperature change, sea-level rise and levels of atmospheric CO2 that can be used as analogues to assess possible biotic responses to future change?

Or are we stepping into the great unknown? For these intervals in time, case studies of past biotic responses are presented to demonstrate the scale and impact of the magnitude and rate of such climate changes on biodiversity. We argue that although the underlying mechanisms responsible for these past changes in climate were very different i. What emerges from these past records is evidence for rapid community turnover, migrations, development of novel ecosystems and thresholds from one stable ecosystem state to another, but there is very little evidence for broad-scale extinctions due to a warming world.

Based on this evidence from the fossil record, we make four recommendations for future climate-change integrated conservation strategies. Will TRFs collapse? The fossil record can inform us about that. We analyzed the paleobotanical record of South America during the Paleogene and found that the TRF did not expand toward temperate latitudes during global warm events, even though temperatures were appropriate for doing so, suggesting that solar insolation can be a constraint on the distribution of the tropical biome.

Rather, a novel biome, adapted to temperate latitudes with warm winters, developed south of the tropical zone. The TRF did not collapse during past warmings; on the contrary, its diversity increased. The increase in temperature seems to be a major driver in promoting diversity. 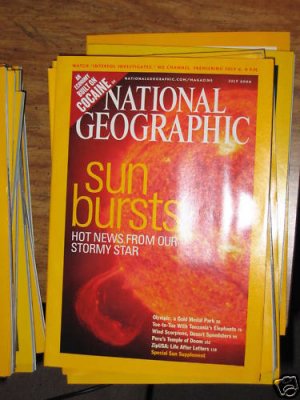 Importantly , the relatively pristine northern region showed no overall decline. Well done! These people should be forced to eat their own words, and back-peddle. They have already backed themselves into such a corner that their posteriors bear a strange resemblance to the corner of a cube, but I say, make them back-peddle further. Like a boxer against the ropes, corner them until they throw in the towel. If this seems unkind of me, please remember they started it; they were cruel, and even destroyed some people. Before they began back-peddling they were peddling falsehood with a club.

Even a kind old fellow like me was accused of hating grandchildren, Mother Nature, and cute baby polar bears, and selling my soul to Big Oil, even though I heated with wood. This hurt my feelings tremendously, and if I could afford a good lawyer I probably could get some money for the damage they did to my tender and poetic psyche.

Because I cannot afford the nonsense of lawsuits, I simply feel they should be repaid, measure for measure, with what they dealt out. I did not desire these Climate Wars. I was minding my own business, and the war came to me. These people need to be held accountable. They should admit a botched forecast, when it happens. Have thousands die! So he will not have to admit he is wrong.

I could go on about this, but I have already been there and done that, and Anthony was kind enough to publish it. With another hurricane season upon us, it is simply too yawningly dull to deal with tedious bores like McKibben yet again. Let them face their own facts and figures. Let them eat their own words. When did Geoff write this? Ric, It was written about May over a month of dribs and drabs. A year later, bloggers here are noting more recent data to question or refute claims. That was one purpose for posting on WUWT.

For a number of years I payed for 12 subscriptions to National Geographic, one for myself and the rest for family and close friends. Today the number is 0 and it will stay that way. I can to longer trust them to be scientifically honest.

Am I reading the ocean heat content chart correctly: zeta joules to 80 zeta joules. And does this equate to a fold increase? I watched a PBS show the other night about climate change.


They still claim the models are correct and the world is still getting warmer. I would like to think that among the many different fields that Nat Geo writes about, this is the one where they failed. I also think that among the scientists that produced the CAWG, Nat Geo may have thought that the article in was correct.

I like having the printed copy. It is easy to delete or change an e-publication. With the printed copy in hand it is a ready source of accurate statements that is hard to dispute. Note the above statements. It gives ample information on the insight of how AGW reached the conclusions, and in the light of new statements that bend to every new condition, how they contradict one another.

It is essential that they keep publishing their ideas so that I we can either agree or refute it. The critical difference between CAGW and other fields such as finding 2 million year old human remains will not cause new taxes or an unparalleled decline in the standard of living based on questionable science. However, if and when National Geographic revisits the topic, it will only be in angrier, more delusional terms.

There is no backing down for the loonies, they have completely lost their way. We canceled our subscription about the time of that issue as well. She might not even know what editorial integrity means. Just off the top of my head, for the 25 things listed above from the National Geo: 1. Mt Kilimanjaro remains almost always below freezing on top.

CO2 is expected to rise — temperature, not so sure. Forest fires have decreased overall, fire has nothing to do with global warming, but more to do with forest management… If it were to melt, but there are no signs that the east Antarctic ice sheet is about to melt. No actual data about deep ocean temperature rise. NA Climate sensitivity is not as great as predicted.

Ice is changing at Barrow — it is changing everywhere — sometimes increasing, sometimes decreasing — ice coverage seems to be balancing out globally. They forgot to mention Hubbard glacier the largest tidewater glacier in North America is advancing — increasing. Columbia glacier is small compared to Hubbard. Not enough info about tree line changes to make an accurate statement.

Species are adapting very well to any changes.


Coral is in peril because of parrot fish, etc. See Willis. Sea turtles are being protected and released in greater numbers to the sea by humans than ever before. I personally have seen this here in the Baja… hundreds maybe thousands that used to get eaten right away by seagulls, etc Global warming climate change is a belief system, much like a religion.

Keep up with Oxfam's Online Shop

This is an excellent idea! As such, it is an excellent reference and teaching tool. Three, it allows the perspicacious denizens of WUWT to stand up to this folly! If they are shamed by the truth, too bad. After all, they could have guessed right. They are wrong because their premise is wrong, that minute charges in the amount of CO2 in the atmosphere has detectable climate effects. They are also wrong that moderate warming would be bad, especially since we are still in an ice age and the ice sheets are due back.

Lastly, they are negligent in not noticing that CO2 was at depletion levels until man started replenishing it. A couple of mug galah actors pulled the same stunt on their TV ad using the long retired London power Station at Battersea as a backdrop.. They will not admit their propagandizing or even being wrong. Crow is a very unappetizing dish and difficult for one to consider eating it.

Natural geographic will do it. It is in our DNA. It is fully explainable and fully expected. Climate science will have to face what rationalizations they choose to use. Maybe it will not be one excuse. Maybe it will be hundred. But then the world will go on.

National Geographic Shoots Itself in the Foot -- Again!

And some other mistake will have to be explained. But that is the only way to maintain credibility. NatGeo has been wrong in every global warming prediction they have made. In that, they are no different from many others in the climate alarmist camp. But that prompts a question: When one side is always, And their understanding of how the real world works? Reasonable people do not listen to someone who is always wrong.

That seems to be happening. People used to be concerned. But no more. There is no wolf. Which prompts another question: at what point will the average believer in the global warming alarm finally change their mind? When the Northwest Passage permanently freezes over? When global ice cover hits an all-time high? Will they ever change their minds? Or are their minds made up, to the point that nothing can convince them otherwise? Not very many. But when confirmation bias overcomes all real world observations, those folks become a part of the dwindling number that have given up all objective science, and have fallen back into the comfort of their unalterable CAGW belief system.

Just like a compass that always points south, there is a value in their dependability. Such knowledge is always of value. I wish publications could be like software. Version 2. A reasonable analogy. For those like me who have used Microsoft Word frequently for almost years since , we knew every shortcut, where easily accessible writing tools were located — in fact we knew how to fully exploit its full word processing ability. From the evidence, CAGW scaremongers have been unable to convince sensible people that their dendo-Chinese-fortune-cookie-crystal-ball-gazing-predictions have ever tried to seek the truth.

Conversely, the motor industry does admit their mistakes and recall new models with design faults. Just a thought. So many comments. Never even a glance at it any more. Original folds; very light creasing to outside otherwise in good shape.. Edges a little rough at the top; off-folded slightly. Good copy.. National Geographic Society, In very good shape.