The condition is clinically significant in that it may result in pulmonary fibrosis. There were reports of cases of death even after few years from the onset of symptoms, e. Radiographic findings may vary considerably, showing nodular or slightly irregular opacities that may merge into more prominent formations, most frequently in the upper lung fields 6 , 7 , 10 , Some authors also reported their distribution in the lower lung fields 10 , 11 or, less frequently, a diffuse micronodular pattern 4 , 12 , as seen in our patient.

Possible mediastinal enlargement was also mentioned by some authors In advanced stages, severe pulmonary fibrosis with honeycombing was described 5 , 7 , 12 , As in other pneumoconioses, there is no effective targeted therapy for aluminosis. The patient was a yr-old male non-smoker. His personal and family history was unremarkable, the only exception being pulmonary sarcoidosis of his cousin.

The first symptoms of the disease were noticed in September and included severe exertional dyspnoea with non-productive cough. The patient was afebrile, with a BMI of Otherwise, physical examination including lung auscultation showed no abnormalities. At that time, a plain chest radiograph revealed numerous dispersed micronodules with bilateral hilar enlargement Fig. Gallium scintigraphy showed bilateral hilar lymph node enlargement and diffuse uptake of the radiopharmaceutical in both lungs.

An HRCT scan of the lungs showed diffuse small foci and enlarged intrathoracic lymph nodes. Bronchoalveolar lavage repeatedly showed no signs of lymphocytic alveolitis considered in differential diagnosis. Spirometry results including diffusing capacity were normal. As a part of the differential diagnosis of dyspnoea with non-productive cough, video-assisted thoracoscopic surgery VATS was performed and lung biopsy specimens were obtained in October Immunohistochemistry tests were performed using a two-step indirect method with antibodies against S protein, CD68 and CD1a.

Histologically, an exudative and proliferative process was described in the lung tissue, with nodular histiocytic infiltrates. Systemic corticosteroids were administered for 10 months, until August , but with no therapeutic effect. Therefore, the histological preparation from the original VATS biopsy was reassessed in November at the university hospital. The lung infiltrates were histiocytic and non-granulomatous, different from well formed granulomas in sarcoidosis. No microcrystalline particles were found and immunohistochemistry CD68 positive, S protein and CD1a negative was not consistent with Langerhans cell histiocytosis.

The interstitial fibrosis was mild Fig. Without detailed knowledge of occupational history, the histopathologist established the diagnosis of non-Langerhans cell histiocytosis suggestive of Erdheim-Chester disease. Corticoid therapy was reintroduced, this time together with cyclophosphamide. Bone lesions were not even confirmed by three-phase bone scintigraphy a month later. Small disseminated lesions seen on a chest radiograph were unchanged, both pulmonary mechanics and diffusing capacity were normal.

No significant abnormalities were found by biochemistry, immunology and haematology tests. Given the poor response to therapy and regarding the fact that Erdheim-Chester disease was not clinically confirmed, the histological sample was assessed for the third time in January , using an electron microscope.

The material for electron microscopy was fixed with glutaraldehyde and osmium tetroxide and embedded in Epon. Ultra-thin slices were stained with lead citrate and uranyl acetate.

It revealed in particular the presence of aluminium later also iron pigments and their silicon compounds including elements from the above fixing agents. The basic histiocytic morphology of the lung involvement and results of elemental analysis corresponded with those in pneumoconiosis Fig. Electron microscope image of histiocytes with nuclei and ample, in part vacuolated cytoplasm with depositions of electron-dense granular material. Microcrystalline particles were not found. Fibrotic areas are also apparent. Subsequently, therapy with corticoids and cyclophosphamide was discontinued in April A more detailed occupational history was taken which revealed that the patient had approximately yr occupational exposure to aluminium-containing dust.

In his last job between and , he worked as an aviation mechanic, grinding and polishing aluminium sheets. European Journal of Emergency Medicine. Taghavi, K. Ethnic variations in the childhood prevalence of Hirschsprung disease in New Zealand. McKinlay, A. A comparison of emergency department medical records to parental self-reporting of traumatic brain injury symptoms. Frailty in surgical patients.

International Journal of Colorectal Disease , 33 12 , Patients requiring an acute operation: Where are the delays in the process? Hunter, R. General surgery prioritization tool: A pilot study. Carlton, E. Assessment of the National Institute for Health and Care Excellence high-sensitivity troponin rule-out strategy. Heart , 8 , Paradox of meritocracy in surgical selection, and of variation in the attractiveness of individual specialties: To what extent are women still disadvantaged?

International Journal of Microbiology , , Budtz-Lilly, J. The impact of centralisation and endovascular aneurysm repair on treatment of ruptured abdominal aortic aneurysms based on international registries. Pal, A. Aviation-based teamwork skills work for surgeons: Time for an 'aviation bundle'?

Development of a digital clinical pathway for emergency medicine: Lessons from usability testing and implementation failure. Health Informatics Journal. Savage, J. Who operated on me? 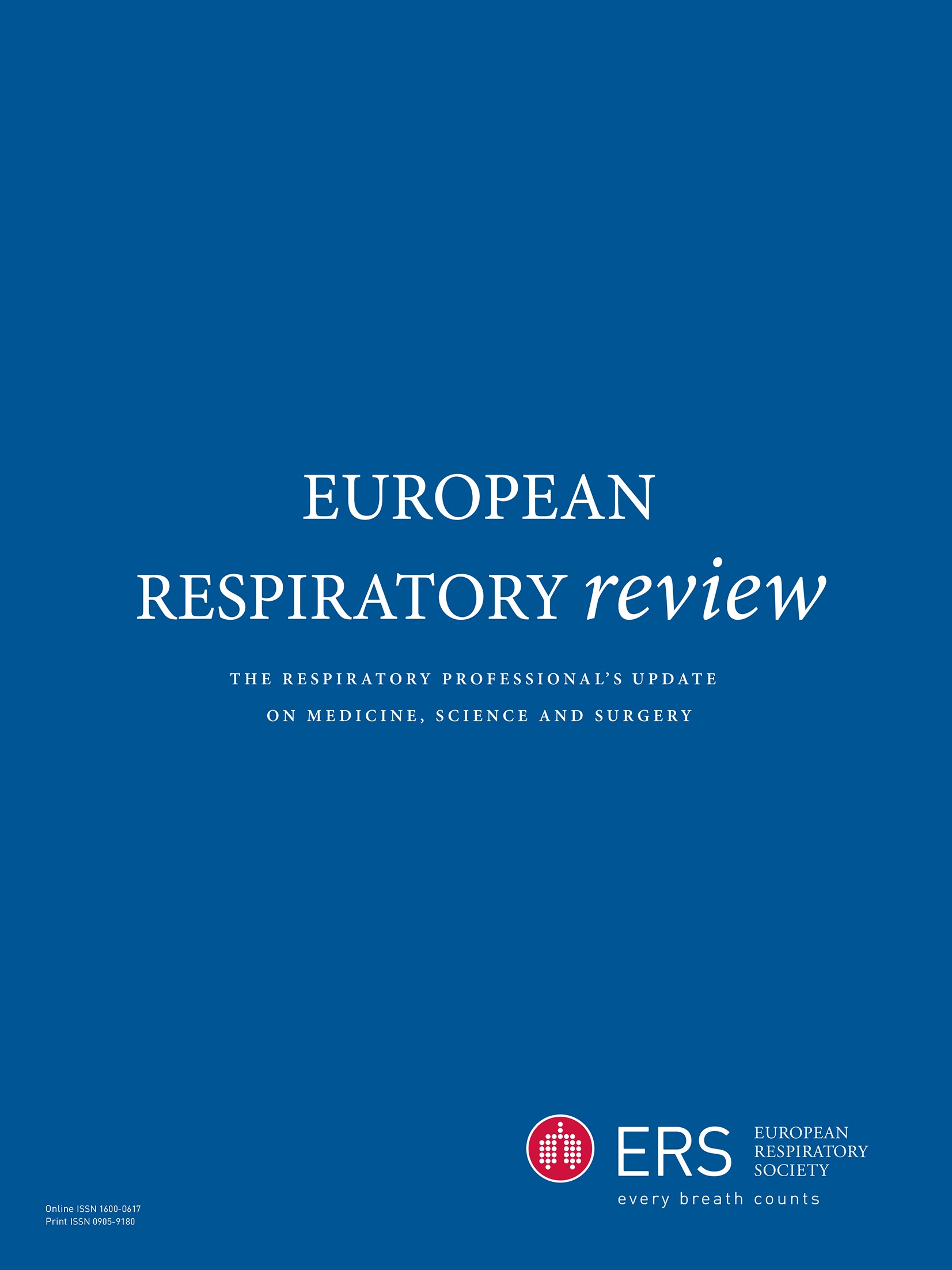 What patients understand about surgical trainees. Kavsak, P. Clinical chemistry score versus high-sensitivity cardiac troponin I and T tests alone to identify patients at low or high risk for myocardial infarction or death at presentation to the emergency department. McCombie, A. The ALCCaS Trial: A randomized controlled trial comparing quality of life following laparoscopic versus open colectomy for colon cancer.


Vascular , 24 6 , Lee, Y. Disability in restorative proctocolectomy recipients measured using the inflammatory bowel disease disability index. Seddon, A. Journal of Dermatological Science , 83 2 , Annals of Emergency Medicine , 68 1 , BCG vaccination in childhood is still useful in preventing TB in high-risk populations and in the UK is offered to such groups and those in 'at risk' occupations. Epidemiology The WHO estimates that globally around two billion people are infected with the M tuberculosis bacillus, of whom some nine million develop TB annually and almost two million die from the disease.

In the UK it is very much a disease of the large cities, especially London, in areas where large immigrant populations from high prevalence nations are concentrated, often in poor, overcrowded housing conditions. Drug abusers, street dwellers and HIV-positive people are other at-risk groups. In , there were 9, patients notified with TB in the UK, the majority being pulmonary. Section 2: Making the diagnosis It is important that doctors are aware that TB incidence is on the increase in the UK and they should have a raised index of suspicion when suggestive symptoms are present, especially in those from high-risk populations.

Cough, phlegm, weight loss, malaise, fever, night sweats and haemoptysis are all symptoms that should alert doctors to the possibility of TB, especially if they persist after treatment with a course of broad- spectrum antibiotics. A personal or family history of TB, recent contact with a patient with TB, a trip to a high-prevalence country or immunocompromise should heighten suspicion further. Children with TB may cough but often present in a non-specific manner with loss of weight and energy and failure to thrive, perhaps with persistent fever.

Investigations The patient should be sent for a chest radiograph and at least two specimens of sputum should be sent for direct-smear and culture for TB. With modern, liquid media methods of culture, a positive result may be obtained within two to three weeks. Suggestive radiological changes include fluffy, usually upper zone shadowing, with or without cavitation. Miliary shadowing can be seen in patients with disseminated TB.

CT scanning is rarely indicated. A tuberculin test may be helpful but needs to be interpreted in the light of BCG vaccination status, as a previous BCG will usually result in a positive test. A negative less than 5mm induration or low-grade positive mm makes it less likely provided there is no immunocompromise. Interferon gamma blood tests are now available: they are more specific in confirming M tuberculosis infection than the tuberculin test but as yet, their role in diagnosis of active disease is not established.

Normochromic, normocytic anaemia and raised ESR are not unusual but are non-specific. Molecular tests that can identify M tuberculosis are used when rapid microbiological identification is needed. Infection elsewhere is the result of haematogenous spread from the initial site of infection, most commonly the lungs. Symptoms and signs depend on the site of infection see table.

It is important that treatment with the standard anti-TB regimen of rifampicin and isoniazid for six months, supplemented by ethambutol and pyrazinamide for the initial two months, is started promptly. If there is likely to be more than two or three days' delay before the clinic appointment, treatment should be started in primary care.

Pyridoxine is often added in patients with underlying conditions that place them at increased risk of peripheral neuropathy. A diet adequate to restore body weight and treatment for comorbid conditions are also important. The disease should be explained to the patient, myths dispelled and the certainty of cure provided treatment is taken as prescribed emphasised. A good doctor-patient relationship is crucial. Admission to hospital is rarely necessary, and is more likely to be for another medical or social problem, rather than the TB.

If there is any likelihood of poor compliance, directly observed therapy should be considered. The patient should be notified to the local director of public health. Contact tracing The TB team will organise and conduct an appropriate contact-tracing exercise usually involving BCG history, tuberculin testing and chest X-ray.

This will concentrate initially on close contacts and be extended to casual contacts if the patient is found to be particularly infectious. Identification and proper management of infected contacts is important in limiting further spread of the disease. Cross-infection, if it is to occur, usually happens before treatment is started.